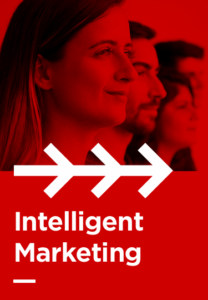 Impacted by the COVID-19 health crisis, consumer habits have continued to evolve, with consumers massively turning to marketplaces and e-commerce, even to buy consumer goods.

This environment has highlighted the importance for brands and retailers to reconnect with their consumers, and bring them a smooth and personalised digital shopping experience.

As an expert in data marketing and communication, HighCo continuously innovates to work with brands and retailers in meeting the retail challenges of tomorrow.

In this unprecedented health and economic crisis, the digital transformations under way have accelerated further, and players in the retail industry face new challenges.

To guide them through the digitisation of their marketing and communication tools, HighCo is moving forward with its innovation and investment programme, primarily by creating its startup studio.

Innovation is at the heart of our DNA, deeply embedded in the technology of our businesses, and guiding the way we work with clients, our acquisition strategy and our managerial policy.

Passion for clients, passion for hard work, passion for creation. Passion also drives Group employees when they come together to meet sports challenges or volunteer in social and community initiatives.

To help employees grow, get involved in good causes, or limit the impact of our actions on the environment, respect is a core value at HighCo.

Didier Chabassieu
Chairman of the Management Board
×

Didier Chabassieu chairs the Management Board of HighCo. He shares the Group’s values of innovation, passion, respect and performance, driven with the ambition to make HighCo the leader on its markets.

Fascinated by the development of digital and new technologies, Didier Chabassieu joined HighCo when it was founded in 1990 after completing a graduate degree in finance. In 1993, he organised the first investor fund-raising operation. He became Chief Financial Officer and a member of the Management Board in 1996 and oversaw HighCo’s IPO.

Since 2000, Didier Chabassieu has been in charge of the Group’s mergers and acquisitions, leading about 30 acquisitions in 10 European countries. He floated a subsidiary on the German market and led the investment in the Group’s minority stakes in the internet start-ups Mediastay (2000), Digitick (2007), Rue du commerce, and so on.

Didier Chabassieu was appointed Managing Director in 2002 and Chairman of the Management Board in 2013.

Other current terms of office and positions held inside the Group: HighCo Venturi (SAS)- Chairman

Other current terms of office and positions held outside the Group: TheCamp (SAS) – Administrator

Cécile Collina-Hue
Managing Director and member of the Management Board
×

Cécile Collina-Hue graduated from Paris Dauphine University where she completed her post-graduate degree in corporate finance.

She began her career with DCI group in 1995, working in management control and treasury management.

Joining HighCo in 2002, Cécile Collina-Hue has held a number of positions in administration and finance at the Group before being appointed Deputy Managing Director in 2016.

Cécile is also responsible for financial communication, and investor and shareholder relations.

Other current terms of office and positions held inside the Group: None.

Céline Dargent
Member of the Management Board
×

Graduate of the Ecole Supérieure de Commerce in Rouen in 1990, Céline Dargent began her career with the operational communication agency Kenya, in charge of consumer budgets.

She joined the HighCo Group in 2002 and quickly took over the management of business units, through which she assisted the Casino Group in defining its promotional strategy.

In 2010, Céline Dargent decided to live an exceptional adventure, embarking her family in a world tour, during a year, aboard a catamaran.

On her return, Céline Dargent successively took over the management of international business development International and then marketing of the Group’s offer and communication.

Other current terms of office and positions held inside the Group: None.

Richard Caillat
Chairman of the Supervisory Board
×

A graduate of Ecole Supérieure de Commerce (ESC) in Marseille and holding a DESS graduate degree from CELSA, Richard Caillat began his career in 1988 at the French television channel “La Cinq”, where he implemented its interactive policy. He joined the HighCo Group in 1991 and in 1994 became a member of the Management Board. He was appointed Co-Chairman from 2002 to 2006 before being named Chairman in 2006.

In 2013, Richard Caillat became Chairman of the Supervisory Board.

In 2010, Richard Caillat personally produced his first theatre play, “La Mère” (The Mother). He then created Arts Live Entertainment to give the internet a key role in the production of performing arts shows. He became Chairman of the Board of Directors of the Théâtre de Paris.

After graduating from HEC, Nicolas Butin worked for a short period as an employee (Secodip, Yves Rocher). Driven by his independent spirit and entrepreneurial mindset, he then made a number of personal investments in companies. Today, Nicolas Butin manages a diversified portfolio of unlisted companies. As a consultant in 1995, he advised HighCo on the acquisition of a stake in 3i and the first step in preparing for its IPO. As an independent member of HighCo’s Supervisory Board, he held the position of Chairman from 1996 to 2005. With Frédéric Chevalier acting as the new Chairman in January 2006, Nicolas Butin was appointed Vice-Chairman of the Supervisory Board.

Before joining VMLY&R Paris as CEO, Cécile graduated from the European Business School in 1993 and started her career at TBWA, working mainly on Danone. She then moved on to BBDP & Fils during the inception of the agency in France.

Cécile later joined BBDO in 1999 where she took on leads such as Pepsi Worldwide, Masterfoods Europe and Wrigleys Europe.

To enhance her international experience, Cécile took on the general direction of the BBDO Agency in Turkey for two years before joining Publicis in 2007 as global client officer, managing worldwide brands like Orange, Coca-Cola, Carrefour, Heineken, St Gobain and Engie.

Cécile’s goal has always been to develop the growth of the brands she’s worked for, increase their worldwide coherence, make them more accessible, aspirational and, ultimately, more attractive.

For over two years, Cécile has worked with VivaTech so she is also close to France’s tech and start-up world in France.

Gérard de Bartillat, graduated from Ecole Centrale des Arts et Manufactures with a doctorate in economics. He began his career as a financial analyst at the bank Lazard Frères.

In July 2007, he became Chairman of ODDO Banque Privée.

Since 2010, Gérard de Bartillat has held the position of Chairman at the consultancy firm Vigifinance and Chairman of G.B.P.

Dominic started his career at Price Waterhouse in 1987 where he advised several FTSE 100 companies and multinationals specialising in mergers and acquisitions across Europe.

His media career began in 1997 when he joined CIA as Chief Financial Officer of CIA Europe and was heavily involved in building and consolidating the European network. He became Chief Operating Officer when the CIA regions were aligned to create CIA Worldwide in 2001, moving to CEO in 2002.

Dominic was appointed Chief Executive Officer for GroupM across Europe, the Middle East and Africa (EMEA) in 2008, after a three-year tenure as Managing Director at GroupM EMEA. His responsibilities include managing and growing the European media and digital services across the group – including organic growth as well as mergers and acquisitions.

In 2016, he gained the additional role of CEO at the WPP Sports Practice, the global entry point to WPP’s sports marketing services and solutions. Overseeing the strategic vision of the organisation, Dominic’s focus is to drive the development of WPP’s global sports marketing offering, managing key client relationships and being WPP’s voice in the world of sports marketing.

Nathalie Biderman began her career as a lawyer at the Paris Bar. After advising the Olympic Organising Committee in Albertville on its marketing and communication strategy, she joined the US corporate law firm Cleary, Gottlieb, Steen & Hamilton. In New York then in Paris, she advised multinational companies in their expansion and restructuring policies in Europe, especially in the media, communication and information technology sectors.

Nathalie Biderman left the Bar in 1999 to take part in the internet adventure. Based in Barcelona, she joined the founding team of eDreams, the online travel website that went on to become one of the leaders in Europe. Today, the company is owned by the investment fund Permira and Axa Private Equity.

In 2003, Nathalie Biderman joined Havas Group, first with its international division before serving as COO for the Euro RSCG Worldwide PR global network (now Havas Worldwide PR). For nearly 10 years, she advised French and international groups, and institutions, international NGOs and political and economic figures both in France and abroad in their communication strategies.

Building on this unique expertise, particularly in public affairs, lobbying, crisis management and political communication, she set up the communication strategy consultancy Calya Consultants. The firm targets companies and public figures that aim to gain an international dimension in their spheres of influence beyond their borders.

Nathalie Biderman holds an MBA from INSEAD, a Master’s degree in international law from Georgetown University, a DESS graduate degree and a degree in corporate and tax law from University Panthéon-Assas (Paris II). She is registered with the New York Bar.

Chairman of the Management Board

Senior Adviser to the Management Board

After practising competition-level sports and attending business school, Frédéric Chevalier began working at Radio Monte Carlo. That’s where he discovered the world of communication and in 1990 decided to create his own company, HighCo, a communication group focused on new technologies.

Six years later, HighCo was listed on the stock market. Frédéric Chevalier became the youngest Chairman of a listed company in France.

In 2013, Richard Caillat was appointed Chairman of the Supervisory Board to succeed Frédéric Chevalier, who acquired the status of Chairman and Founder.

Frédéric Chevalier, our friend, Founder of the Group disappeared on July 22, 2017. Frédéric thought, dreamed, founded, developed and accompanied HighCo. Ambitious, visionary, exemplary and talented. He is the soul of HighCo and will remain so.

Creation of HighCo by Frédéric Chevalier in Aix-en-Provence around the visionary idea that new technologies would revolutionise marketing and communication.

Created in 1990 by Frédéric Chevalier, Richard Caillat and Didier Chabassieu, HighCo has developed around the precursor vision that communication and marketing would go digital. In 30 years, this strategy has built HighCo into a leader in data marketing and communication. In 2019, the Group took a further step in its innovation policy by creating an agile business facilitator, the startup studio HighCo Venturi. Its mission is to provide brands and retailers with digital solutions to support the experience and buying behaviour of their consumers.

HighCo is created by Frédéric Chevalier in Aix-en-Provence.

HighCo's IPO on the Nouveau Marché of Euronext.

1999 WPP, a global leader in communications, takes a 30% stake in HighCo’s capital.

Richard Caillat is appointed Co-Chairman of the Group. HighCo sets up a Compensation Committee.

HighCo improves its governance by forming an Audit Committee.

The Management Board and Supervisory Board adopt Internal Regulations.

The Executive Committee is set up.

The Group’s Ethics Charter is rolled out.

Acquisition of MILKY, specialist in social networks and mobile innovation.

Acquisition of CapitalData, integrator and developer of big data solutions.

Acceleration of the digital strategy: sale of Shelf Service in Belgium 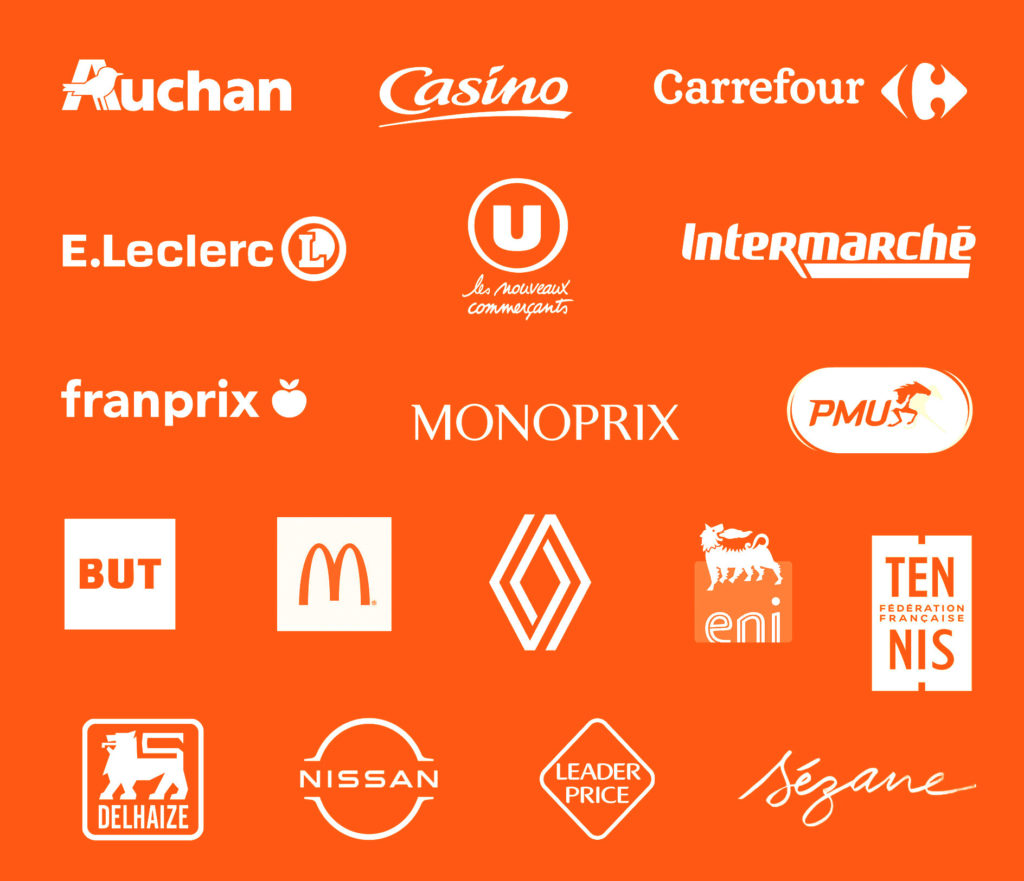 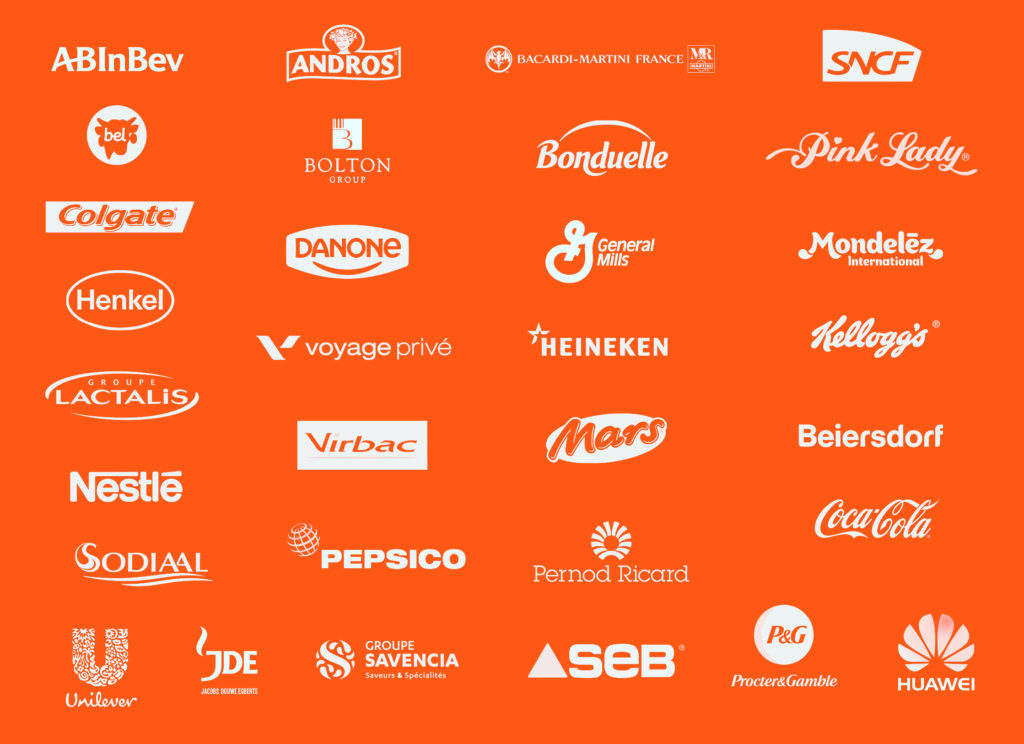